A 200mph iPhone? That'll be a Ferrari with Apple CarPlay - Rad Dougall

Share on LinkedInShare on FacebookShare on Twitter
Home » Technology » A 200mph iPhone? That’ll be a Ferrari with Apple CarPlay

Apple has today announced that it will be launching CarPlay at the Geneva Motor Show on March 6th 2014.

CarPlay is a rebadging of the ‘iOS in the Car’ system that Apple launched back in May 2013. The former brand for their car version of iOS7 that never made it out of the ‘coming soon’ phase. But it appears that CarPlay is firing on all cylinders for its March launch (no I couldn’t resist a little pun!). And 2014 will see the arrival of new models from the likes of Jaguar, Mercedes-Benz and Ferrari featuring the system.

This is just a first step in what will be one of the new battlegrounds of the future for iOS and Android. At launch CarPlay will just control your phone, but we’ve already seen manufacturers play with smartphones for much more than music and navigation. As far back as 2008 Land Rover were showing a prototype Freelander with an iPhone controlling the start/stop, the car settings and even its access & security.

Google also recently launched its Open Automotive Alliance, an open partnership with Google, car manufacturers and nVidia. In typical Google style, they are much more open about working with manufacturers rather than seemingly dictating to them.

I use a number of Apple devices in my everyday life but I’ve also got Android and even Windows Phone based devices around me because I think they all have something different to offer. With this new battleground opening up for the two mobile O/S giants, my only hope is that one day we see an standardised base to mobile devices that let them all work together more freely. Just like IP technology lets millions of devices all communicate across the web in a language they all understand.

Want to get my best articles delivered to your inbox? Signup here.

(Don't worry I'll never sell your address and you can unsubscribe at any time.)
Don't see a signup form? Send me a message here and I'll add you to the list right away. 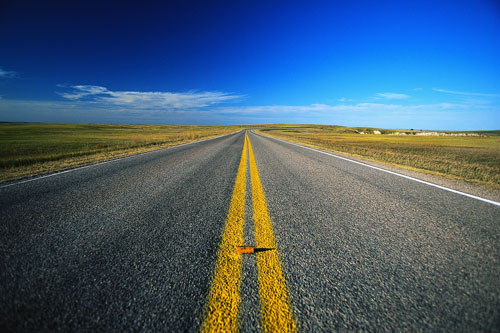